Continuously inhabited for more than 8,500 years, İzmir is considered one of the world’s oldest cities and one of the loveliest. In describing İzmir, the historian Herodotus wrote, “They built their city under the loftiest dome of heaven and the best climate in the world.” Aristotle said to his pupil, Alexander the Great, “You are not complete unless you have seen it,” and Victor Hugo expressed that “Smyrna is a princess...”.

These accolades are well deserved. The last point on the ancient “King’s Road” stretching from Anatolia to the Persian Gulf, İzmir is built around an expansive bay dotted with yachts, ships and ferries. The city’s streets are shaded by palm trees and lined with elegant structures.

İzmir is the sound of the sea and the wind. Thanks to its Mediterranean climate, İzmir is mostly sunny all year round. Summers are hot and winters are mild. The 629-kilometre-long coastline of İzmir offers restaurants and cafes that serve fresh seafood and Aegean specialities, as well as entertainment facilities, magnificent sea views and 49 beautiful Blue Flag beaches. Highlights include seaside walks in Kordon, and ferry rides from Alsancak to Karşıyaka.

Inland, the stories of countless civilizations are vividly told through ancient ruins and monuments. İzmir, including its ancient mounds and settlements, is an open-air museum that exhibits the historical identity of the modern city with easy access for its visitors. 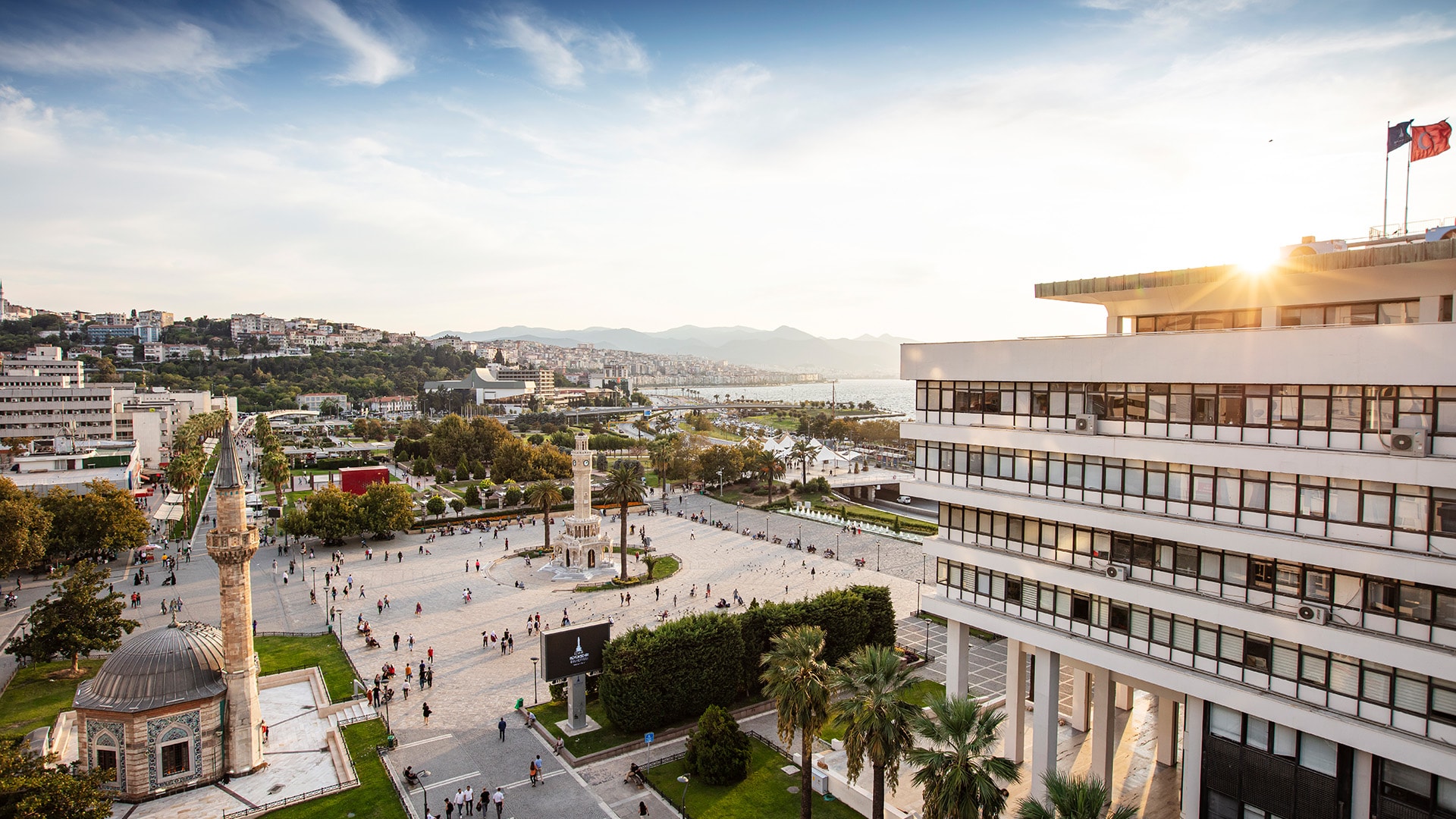 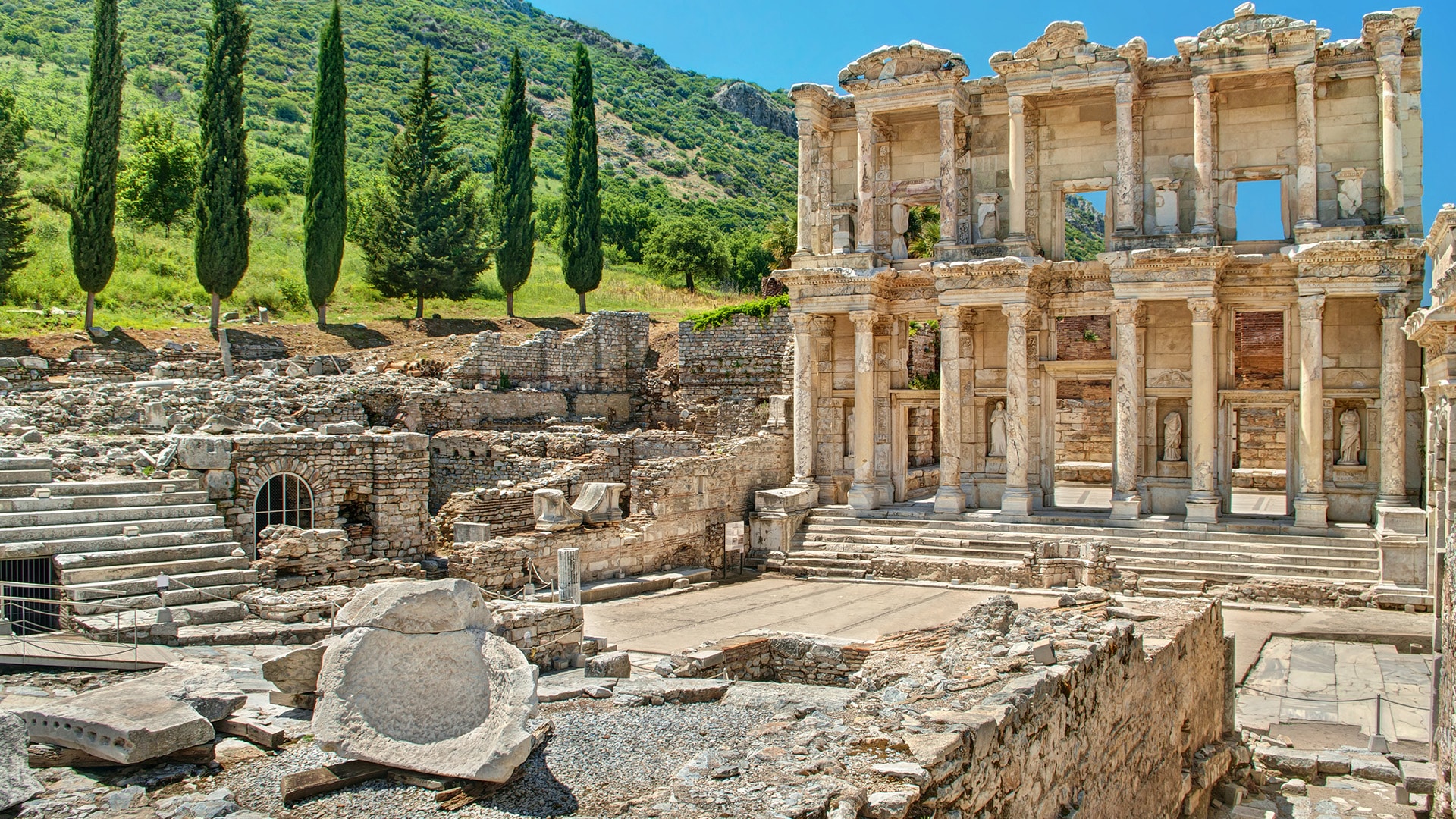 Districts and historical sites such as Bergama, Çeşme, Foça, Kemalpaşa, Selçuk, Seferihisar, Karaburun, Tire and Urla testify to the important role İzmir has played in history, not only in Western Türkiye but across the entire Aegean region.

İzmir has important ancient cities, two of which are on the UNESCO World Heritage Site List. Considered among the most important of these is the ancient city of Ephesus, in Selçuk. The sixth-century BC Artemision, the largest temple dedicated to Artemis, was built at the foot of Ayasuluk Hill in front of the city’s oldest port, a site considered sacred in antiquity and based on the ancient mother goddess tradition of Anatolia. The temple itself is considered one of the Seven Wonders of the ancient world. As Ephesus has undergone rebuilding throughout its history, its ruins extend over a wide area.

Ephesus and its surroundings are included in the World Heritage List as four components: the Çukuriçi Mound, Ayasuluk Hill (Selçuk Castle, St. John’s Basilica, İsa Bey Bath, İsa Bey Mosque, Artemision), Ephesus Ancient City, and the House of the Virgin Mary. Ephesus, an area of uninterrupted settlement area for approximately nine thousand years stretching from the prehistoric period to the Hellenistic, Roman, Eastern Roman, Turkish Principalities and Ottoman periods, has been a prominent port city as well as a cultural and commercial centre in every stage of history.

Another ancient city is Bergama. Formerly known as Pergamum, it was the first UNESCO World Heritage Site in İzmir and the thirteenth in Türkiye. Bergama was the principal cultural centre in ancient times and served as the capital of the Kingdom of Pergamum. Numerous well-preserved buildings and sites from the past have survived to the present day, including the Pergamene Acropolis, the Temple of Asclepius, and the Red Basilica (known as the “Kızıl Avlu / Red Courtyard” in Turkish). The Pergamon Museum exhibits many of the finds obtained from excavations around Pergamon.

İzmir is one of the most vibrant and colorful cities of the country with numerous events hosted throughout the year. Every event held in the city center and the area around it welcomes tens of thousands of people. It’s very likely that you will come across one of the many music, food, flower or theatre festivals during your visit to İzmir. "Beautiful İzmir" draws you into a world of picturesque modernity and traditions, with its refreshing touches to human souls. İzmir hypnotizes visitors in an aura of history and modernity. 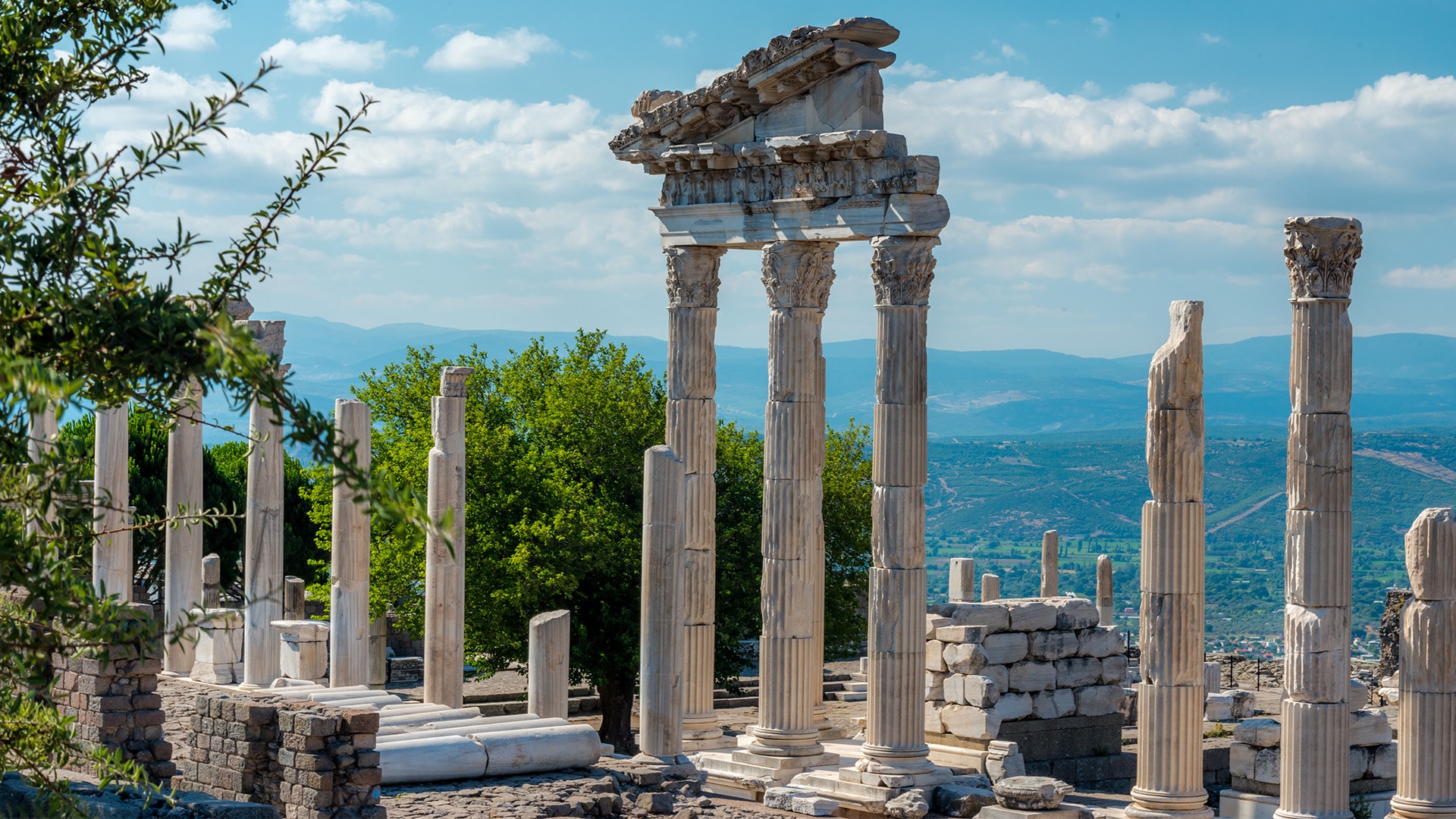