Assos is an old settlement with plenty of oxygen and natural wonders dating back to the Bronze Age. This coastal town is located 87 km south of Çanakkale, within the boundaries of Behramkale Village of Ayvacık district.

Aristotle chose Assos to establish his school of philosophy. Assos is an earthly paradise by virtue of its geography, history, and cuisine!

A significant portion of the 4 km long walls surrounding the city is still standing today. The Temple of Athena (Athena Tapınağı), located in the Acropolis, is one of the oldest Doric temples in Anatolia built in the Archaic Age. Among the ruins on the Acropolis the Temple of Athena is the best place to watch the magnificent view of Edremit Bay at sunset. A big portion of the theatre with a capacity of 4,000 spectators, has been preserved. The bridge from the Ottoman period at the borders of Behramkale Village is completely standing and still in use.

Local attractions not to be missed are the ancient city of Assos, which is like an open-air museum, the ancient harbour, and the narrow streets of the village of Behramkale which are filled with historical houses. Then, you can spend your day lying on the golden sand and swimming in the turquoise waters. Kadırga Cove is a popular destination in Assos for sunbathing and swimming. 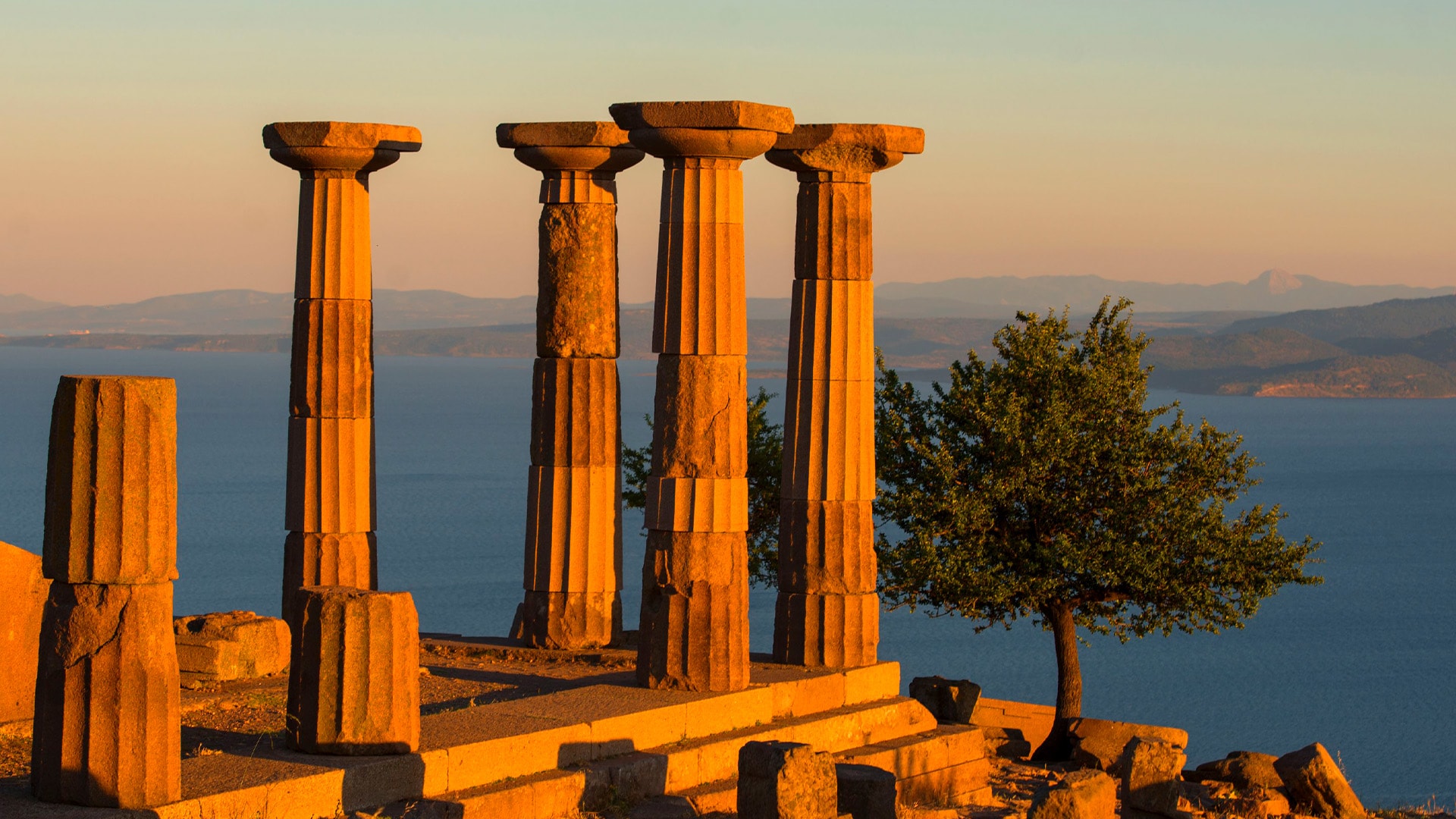